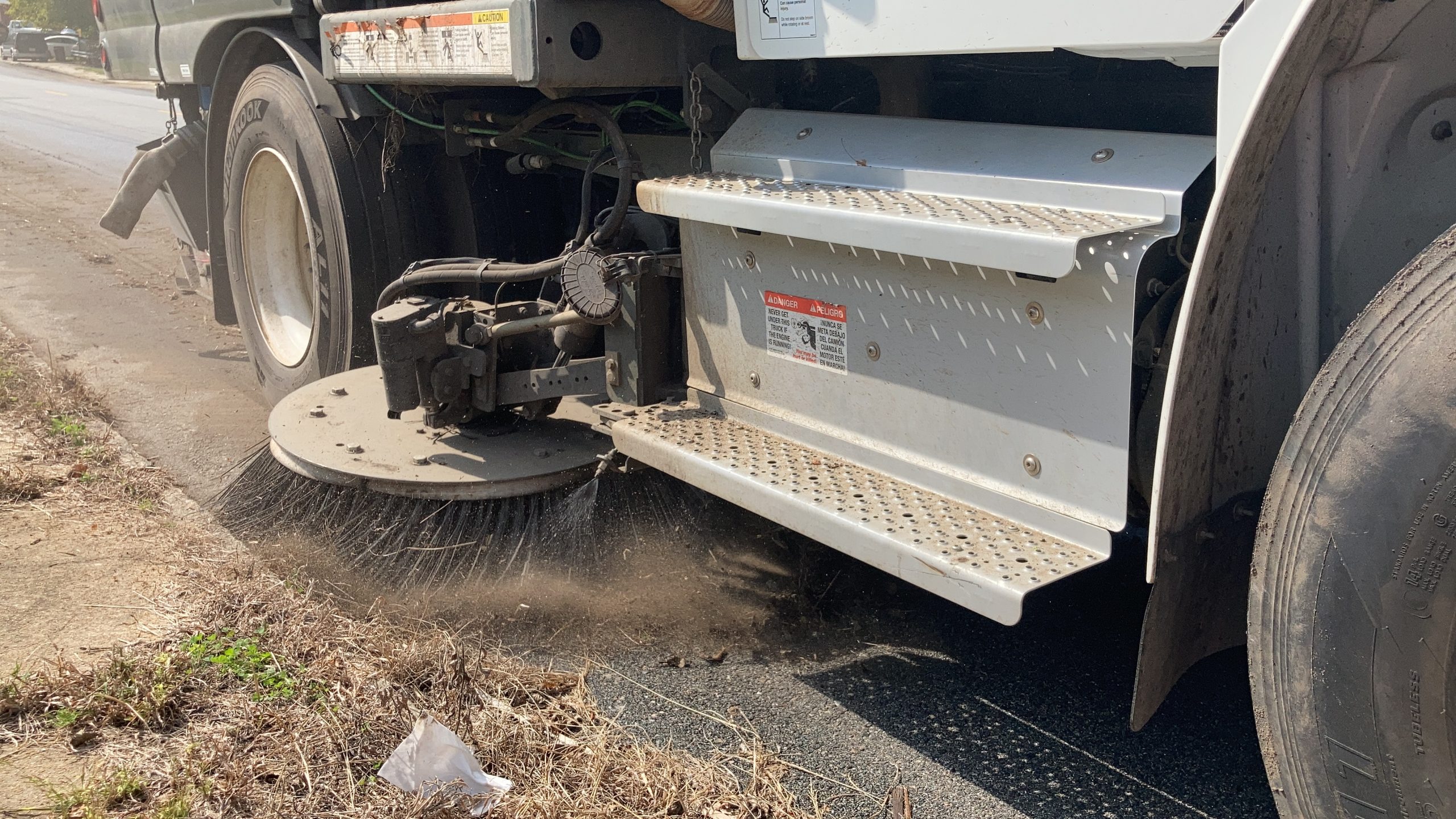 During October, the Parks & Beautification Department conducted a focused street sweeping effort using two of its sweepers and two that were rented. This was done clean major roadways and areas of concern in advance of the Macon Water Authority taking over these efforts in January 2021. In that time, the Department collected:

Based on the amount able to be collected, the Department rented one of the sweepers for another month, so there will be three continuing the focused effort during November. The sweepers will focus on Downtown to stay ahead of the falling leaves and getting caught up on requests made through SeeClickFix.

“We’ve seen a marked improvement the past month as we’ve made this a priority for our crews,” says Parks & Beautification Director Mike Glisson. “With how successful this has been, we wanted to go another month to keep up with the falling leaves, as well as the trash that is thrown onto the road.”

Each week in October, the four sweepers worked together on the same route, and in some places, one directly followed the other to make sure everything is collected. In order to allow the sweepers to focus on their job and maximize their time on the streets, dump trucks followed along, meaning the sweepers didn’t have to travel back to the office to empty the debris and saving them hours of time.

To select the routes, Glisson and Assistant Director Darrick Pitts met with the Macon Water Authority’s Marvin Land to identify the areas that needed the most attention, since dirt and debris can lead to a clogged drainage system.