On Monday, October 5, Macon-Bibb County’s Parks & Beautification Department began using four street sweepers (two they own and two that are being rented) to conduct a focused, four-week cleanup initiative Through the end of Thursday, October 8, the sweepers have already collected 122,000 pounds of dirt and debris. 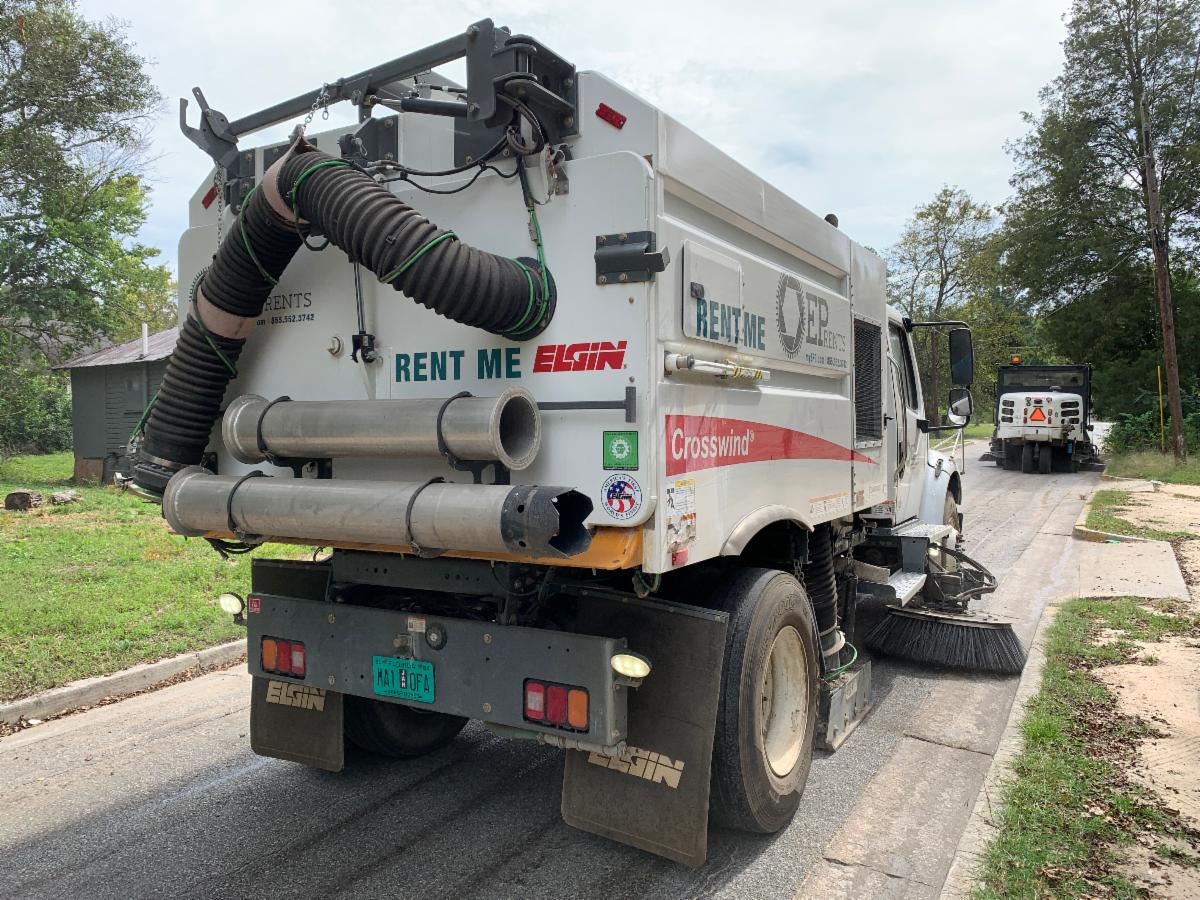 “Our two machines have not been working properly recently, so we haven’t been able to clean up the streets as we would like,” says Parks & Beautification Director Mike Glisson. “With them working again, we decided to rent additional equipment and try to get caught up on some of our major thoroughfares.”

Each week, the four sweepers will work together on the same route, and in some places, one will directly follow the other to make sure everything is collected. To select the routes, Glisson and Assistant Director Darrick Pitts met with the Macon Water Authority’s Marvin Land to identify the areas that needed the most attention, since dirt and debris can lead to a clogged drainage system.

To view the routes and when people can expect the sweeping to happen, click here.

In order to allow the sweepers to focus on their job and maximize their time on the streets, dump trucks will follow along, meaning the sweepers don’t have to travel back to the office to empty the debris.

“Our sweepers only go about 20 mph, so if we can collect the debris from them on site, it will save them hours of travel time each week and let them focus on cleaning,” adds Glisson.