After the Solid Waste Department conducted an inspection on the use of sidewalk trash cans Downtown, several changes will begin August 19 to provide services which better meet the needs of the area.

The Department found within the Downtown area the 158 garbage cans and 38 recycle cans would frequently fill up with trash overnight and after lunch. The recycling cans were not being used for recycling; since they were full of garbage, they had to be collected as regular trash. To provide more cans and to collect them more often, the blue recycling cans will now officially be treated as trash cans; they will eventually be painted black to reflect this change.

An additional route will also be added. Currently, trash is collected Monday-Saturday around 7:30 a.m. for all 186 Downtown containers. Beginning August 19, a second route will be run Monday, Wednesday, and Friday mid-afternoon in the designated areas of First Street, Mulberry Street, Third Street, and Poplar Street. A map of the two areas is below. The morning route is in the grey area and the additional afternoon route is in the blue area.

“By using all the cans for trash and adding the extra collection times, we can alleviate the issue of overflowing garbage and help make our Downtown cleaner,” says Interim Solid Waste Director Pat Raines. “The only change for people is that they can put trash in any can and that they will have a visibly cleaner Downtown to enjoy.” 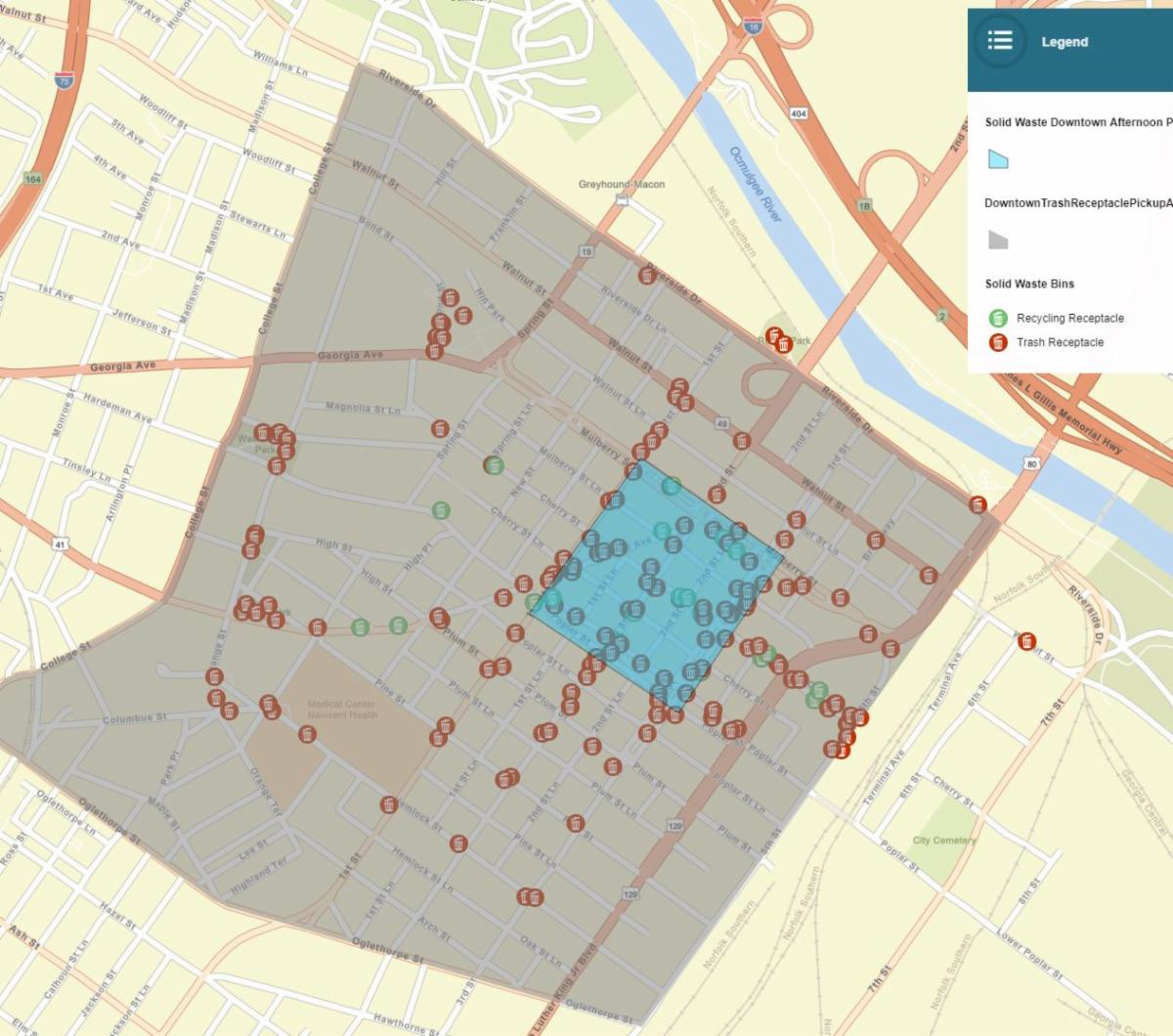