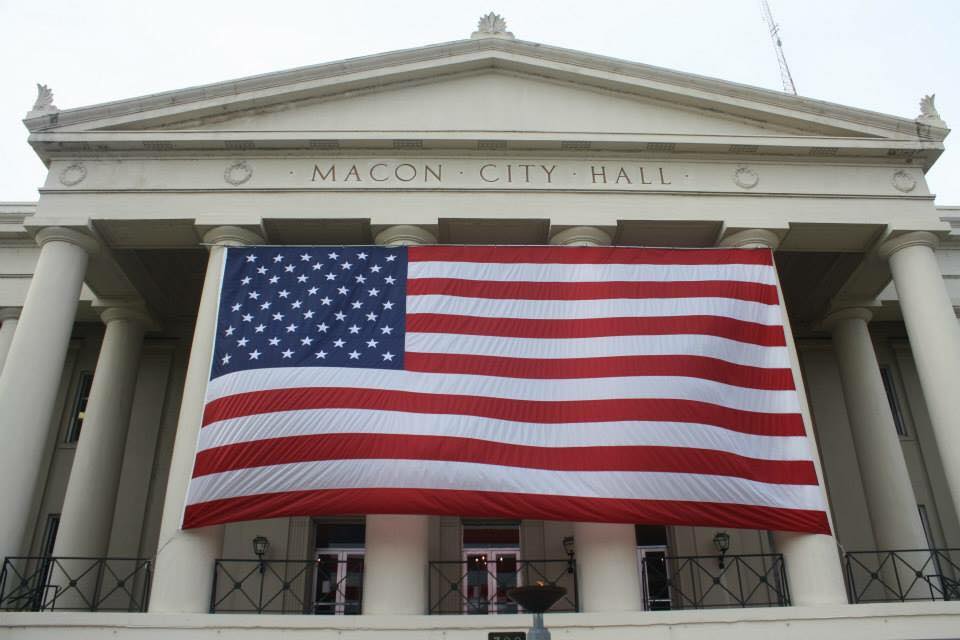 In partnership with the National Association of Counties (NaCo), the National Flag Foundation, and Association County Commissioners of Georgia (ACCG), Macon-Bibb County has installed a United States Flag Retirement Box in the Clerk’s Office in Government Center (700 Poplar Street, Office #204). Flags should be folded respectfully before being placed in the box.

“We wanted to provide another way for people to properly dispose of worn flags and having it in Government Center provides a convenient location, while respecting our national symbol,” says Macon-Bibb Clerk of Commission Janice Ross, who spearheaded this project.

The United States Flag Code prescribes flag etiquette — everything from flying it near other flags to instructions on how to raise and lower it. “The flag, when it is in such condition that it is no longer a fitting emblem of display, should be destroyed in a dignified way, preferably by burning,” says the code.

Cub Scout Pack 170 will collect the worn Flags and officially retire them at one of their two annual ceremonies.

This is the second flag retirement box available to the public Downtown. The other is located in Public Safety Memorial Park at the intersection of Mulberry and Second Streets.