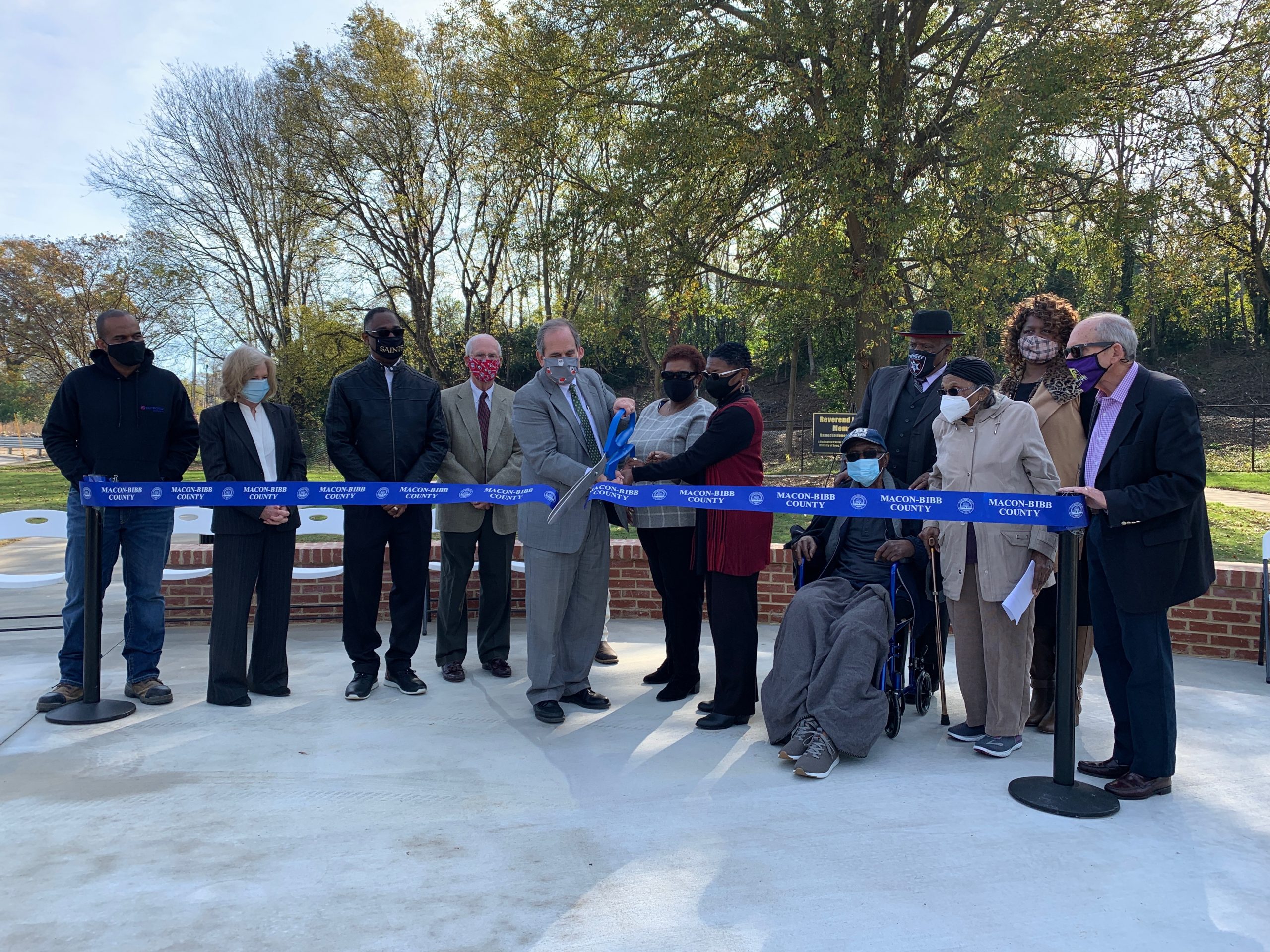 Macon-Bibb County celebrated the creation of the new Reverend Jacob Parker Memorial Park with a Ribbon Cutting Ceremony on Friday, December 11. The park features a concrete plaza area, benches, trash cans, sidewalks, picnic tables, landscaping, irrigation, and more. Prior to becoming a park, this area was the site of several blighted structures. The new park is located between Telfair Street, Elm Street, and the railroad.

“We have the ability to help turnaround neighborhoods by taking blighted structures and creating something the entire area can enjoy, not be concerned about,” says Macon-Bibb County Mayor Robert Reichert. “Where before we had eyesores that depress neighborhoods and can lead to crime, people now have a place where they can enjoy each other’s company, hold events, and more.”

$182,000 from the District 2 Blight Remediation Program funds was used to purchase the property and demolish the blighted structures, and $184,000 in voter-approved Special Purpose Local Option Sales Tax (SPLOST) funds were used to design and build the amenities. It was designed by W.T. Designs and built by WLS Construction.

The park has been named for Reverend Jacob Parker who was born in Macon in 1929 and graduated from the Bibb County School District’s Hudson High School. He began pastoring and witnessing to inmates in prisons and youth detention centers, hospitals, and nursing homes before heeding the call to ministry in 1966. He preached his initial sermon and was ordained by the late Reverend B. Johnson in 1966, and within six months, he was called as Pastor of Ebenezer Missionary Baptist Church in March 1967.

Reverend Park is a long-time and active member of the National Association for the Advancement of Colored People (NAACP) and the Southern Christian Leadership Conference (SCLC). The Macon Chapter of the NAACP honored him with its Earl T. Shinholster Award in 20019. He was also the first African American radio announcer at WFPM in Fort Valley, GA, and is a renowned recording artist with The Spiritual Crusaders.