A television show being called “Project Random” will be filming scenes in Downtown Macon-Bibb from November 12-16, with pre-production work beginning Thursday, October 31 and restorative work happening through November 22.

In order to accommodate this filming, portions or all of several streets will be closed for periods of time, and that schedule is listed below. For a map and list of the closures, see below. Should there be any changes, this map will be updated. 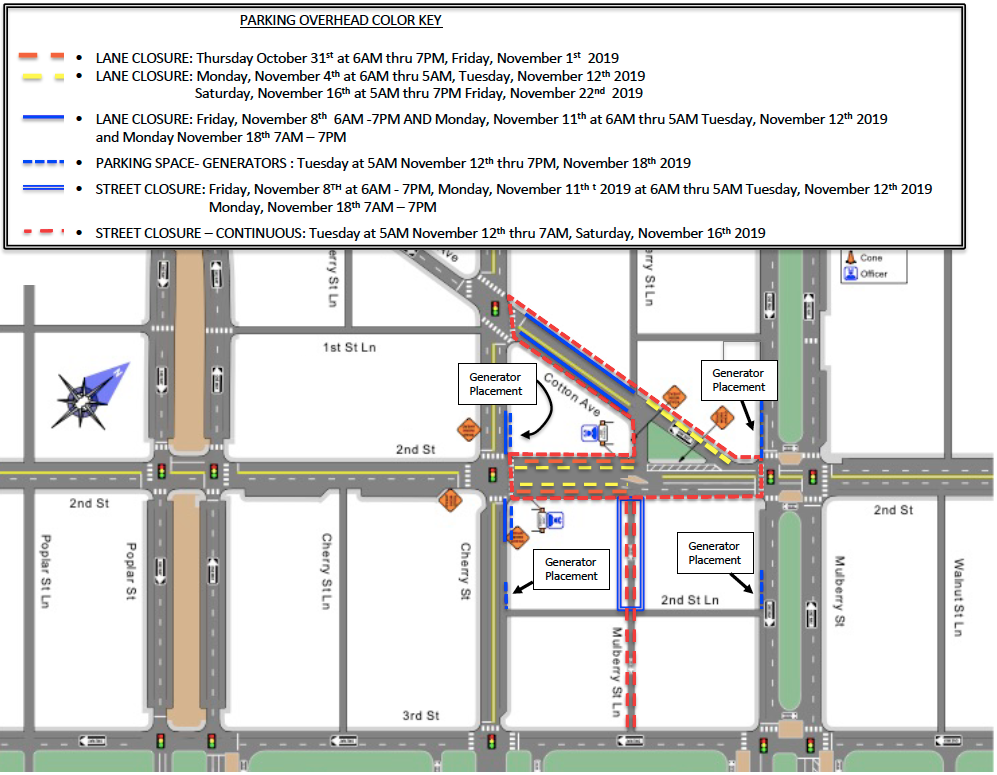 This television filming follows several movies and shows that have filmed in Macon-Bibb, including The Bingo Long Traveling All-Stars & Motor Kings, Wise Blood, A Trip to Bountiful, The Crazies, Trouble with the Curve, 42, Need For Speed, The Fifth Wave, The Best of Enemies, Zombieland 2: Double Tap, and “Blue Bayou.” Several television shows have also filmed here, including Watchmen, Brockmire, The Originals, The Vampire Diaries, and Witches of East End.