SERVING THE NEEDS OF THE COMMUNITY 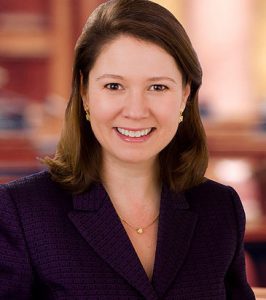 Statistics show domestic violence is a major problem in our society. Acts of violence occur every 18 seconds in this country. A woman is abused every 9-15 seconds. Six million women are beaten each year by their husbands and boyfriends. 30% of all murders are committed within the family and 13% are committed by spouses. Children are present during 80% of the assaults against their mothers and 3 million children witness domestic violence each year. These children are 1000 times more likely to abuse as adults. Many cases of domestic violence are not reported because of feelings of helplessness, fear and shame. Domestic violence transcends racial, age and socioeconomic boundaries.

The Georgia Code (O.C.G.A. 19-13-1) defines family violence as the occurrence of any felony, battery, simple battery, simple assault, assault, stalking, criminal damage to property, unlawful restraint, and criminal trespass between individuals who are past or present spouses, persons who are parents of the same child, parents and children, stepparents and stepchildren, foster parents and foster children and persons living or formerly living in the same household.

The Solicitor-General’s Office feels these are serious matters and vigorously pursues the prosecution of such cases. Protecting the victim from further acts of violence is a primary objective.

It is the goal of this office to stop the violence and not to break up the family. Therefore, along with the cooperation of the State Court Judge and the State Court Probation Office, the Family Violence Counseling Program was begun in 1994. This program allows an eligible first-time offender to attend anger and violence counseling group sessions as an alternative to prosecution. If the offender fails to attend as ordered or commits a new offense, the case is then sent back for prosecution.

State Court has also implemented the Swift, Certain, and Fair Program (SCF) after receiving a grant from the Bureau of Justice Assistance. SCF seeks to protect victims while accomplishing the goal of eliminating recidivism among the domestic violence offenders.

Under this program, an offender is sentenced to intensive probation beginning with completing a clinical assessment. The assessment indicates the type of mandated treatment conditions imposed by the Court.  Depending on the recommended treatment, the program supplements some or all of the treatment costs as long as the offender is compliant with SCF probation. As a part of the program, there are certain sanctions that will result from program violations and incentives for those who are compliant. SCF Hearings are on the second and fourth Tuesday of each month at 2:00pm. If an offender lives more than 50 miles from Macon-Bibb County, that offender may not be eligible for the SCF program.

If you are a defendant charged with this type of offense or if you are a victim who would like the Solicitor-General to recommend this treatment of an offender, please contact the office and speak to a prosecutor or a Victim-Witness Advocate.