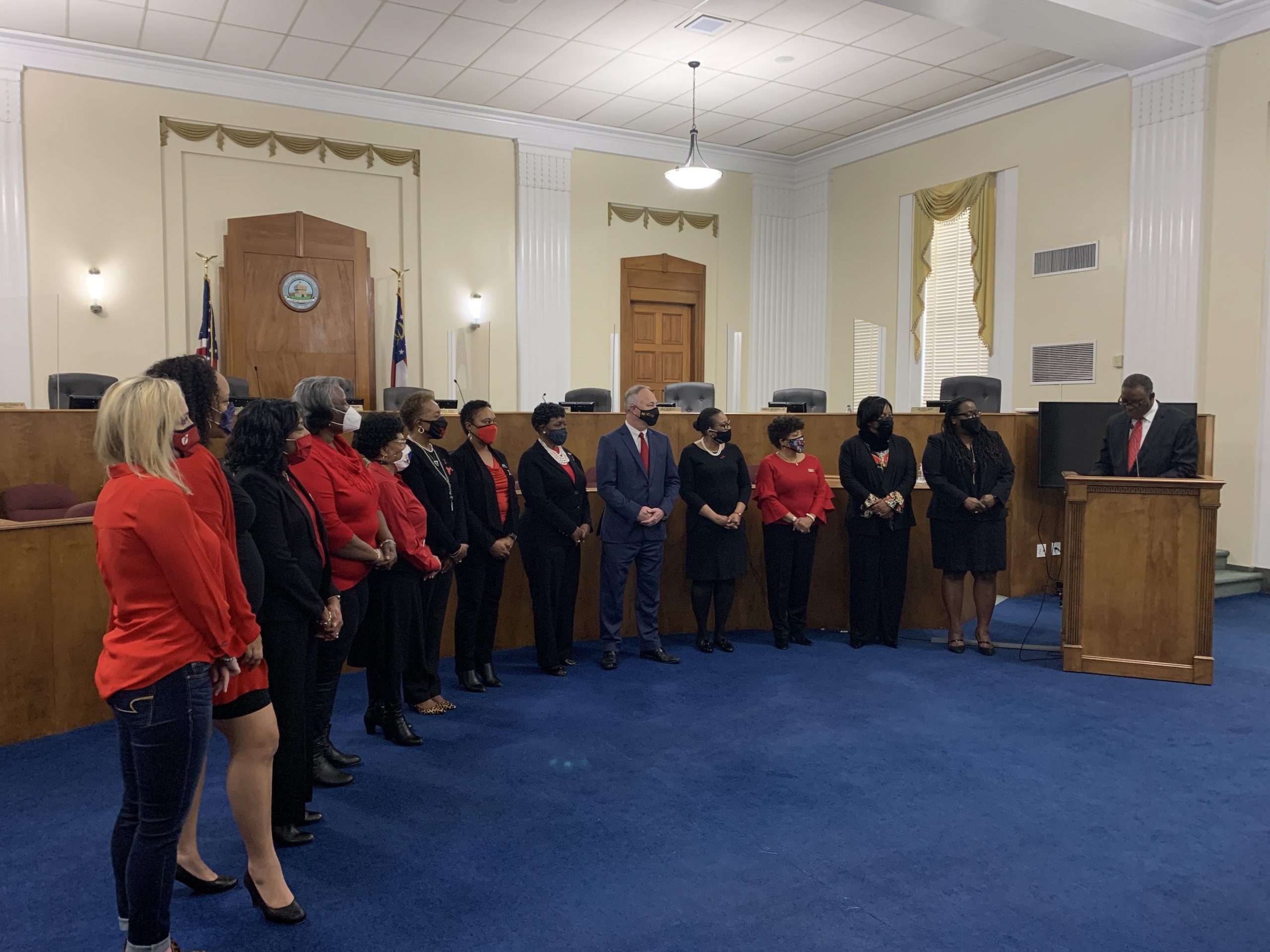 On Thursday, February 11, Mayor Lester Miller and Community Affairs Executive Director Dr. Henry Ficklin presented a proclamation to several community and civic groups to announce that February is American Heart Month in Macon-Bibb County. The effort was begun in 1963 by the American Heart Month to bring greater awareness to cardiovascular health and diseases.

Since cardiovascular disease continues to be one of the greatest threats to women’s overall health and well-being, the Association launched its signature women’s initiative, Go Red for Women. It is meant  to be a comprehensive platform to increase their heart health awareness and serve as a catalyst for change to improve women’s lives globally.