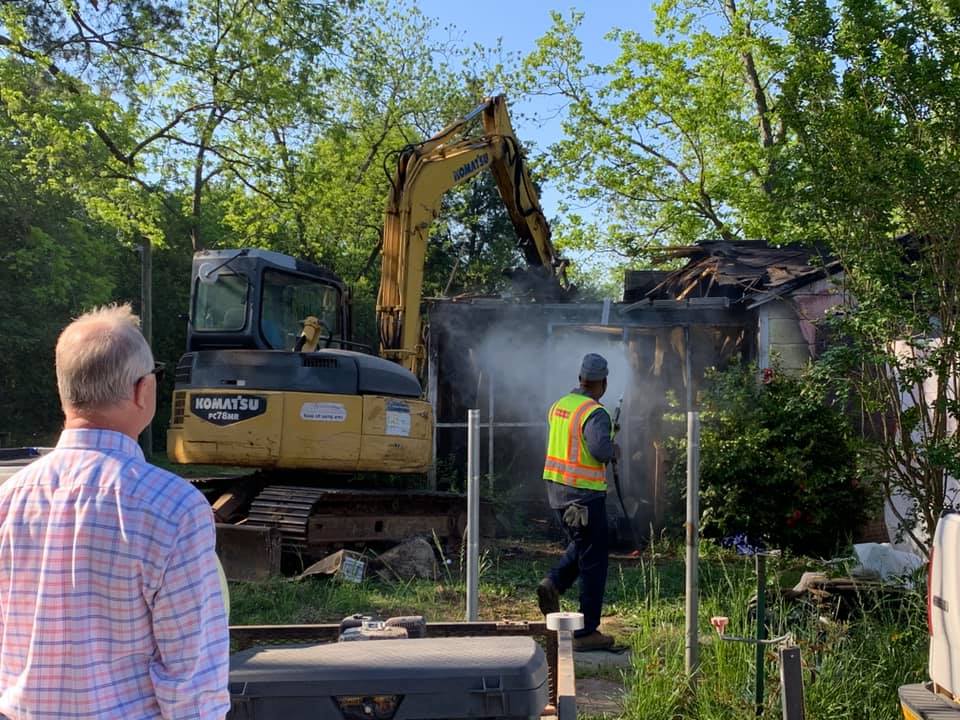 Since Mayor Lester Miller’s 30 in 30 initiative began Wednesday, April 14, county crews have torn down six blighted houses and cleaned those lots. It began with two houses on Pinson Street, and continued this week with three in Lynmore Estates and one in Lizella on Old Mast Cove. You can see pictures of the announcement and all the demolitions by clicking here.

Several weeks ago, 57 properties were deemed unsafe and a public nuisance by the Mayor, and the property owners were given a chance to begin making improvements. Of those, 37 never responded and work was begun to prepare them for demolition, from testing and abating to utility disconnects to water line capping. Another 70 properties are currently being reviewed as potentially unsafe so that when the first 37 are torn down, another group will be ready.