Netflix will be filming portions of a movie in Macon-Bibb County during the next several weeks. “Ivan” will begin prepping areas of the community July 1, and filming will be from July 15 through July 22. A full list of permanent closures and temporary closures can be found in the links below, both as a list of streets and maps.

“We’re getting a reputation as a great place to film, from our locations to our ability to work with the companies to the welcoming nature of our community,” says District 2 Commissioner Larry Schlesinger. “I’m excited the film industry is doing more and more work here as it has a direct positive impact on our businesses.”

This filming follows several movies that have filmed in Macon-Bibb, including The Bingo Long Traveling All-Stars & Motor Kings, Wise Blood, A Trip to Bountiful, The Crazies, Trouble with the Curve, 42, Need For Speed, The Fifth Wave, The Best of Enemies, and Zombieland: Double Tap. Several television shows have also filmed here, including Brockmire, The Originals, The Vampire Diaries, Witches of East End, and “Brooklyn.” 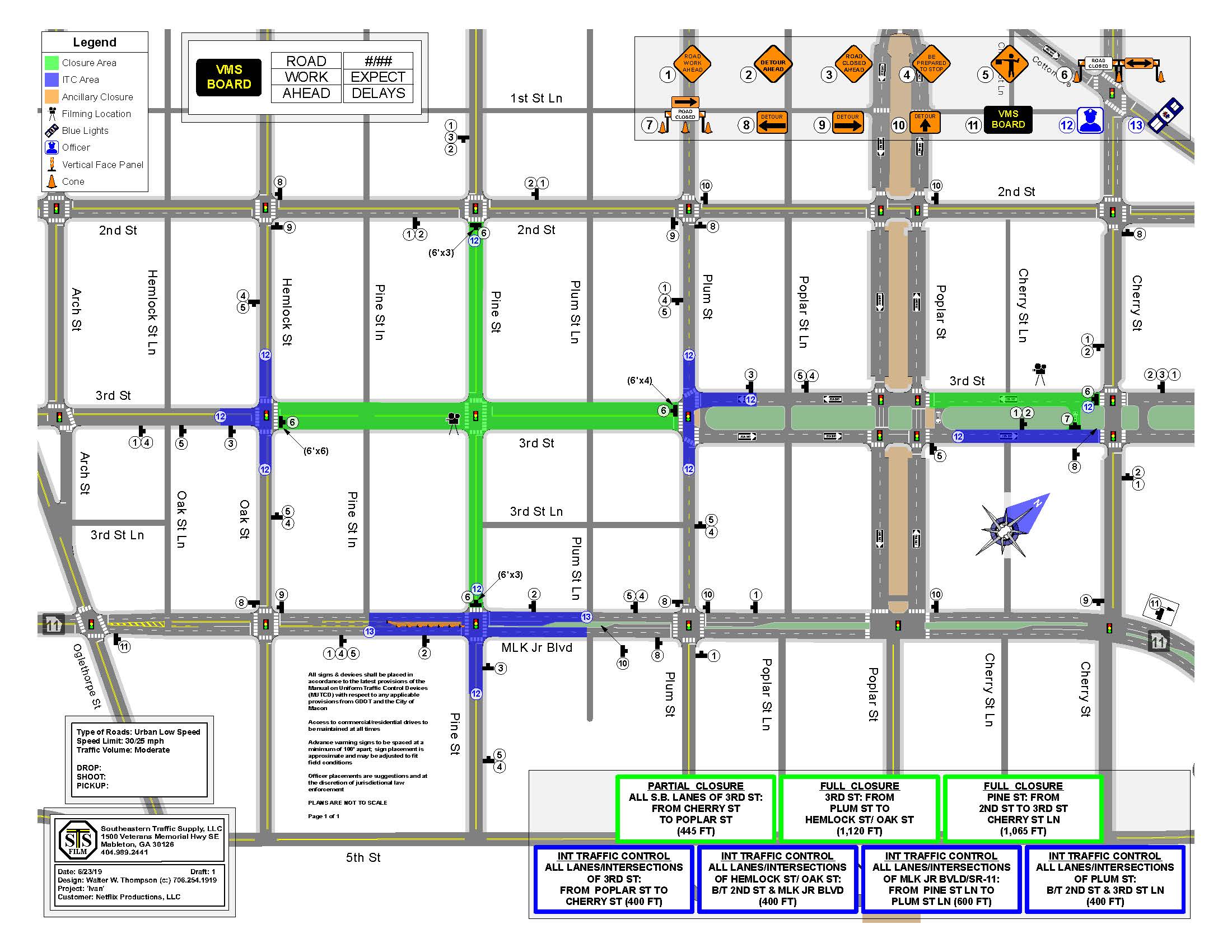 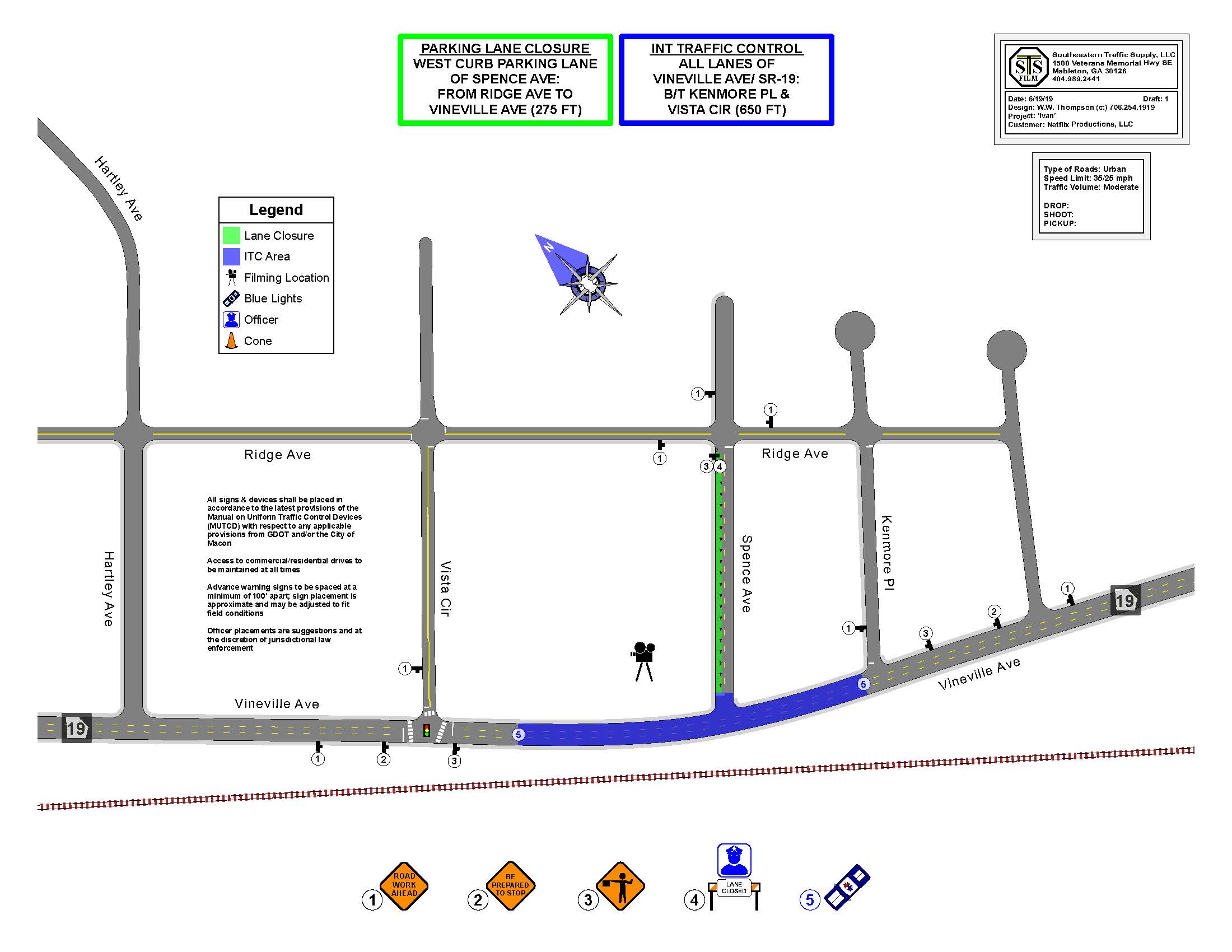 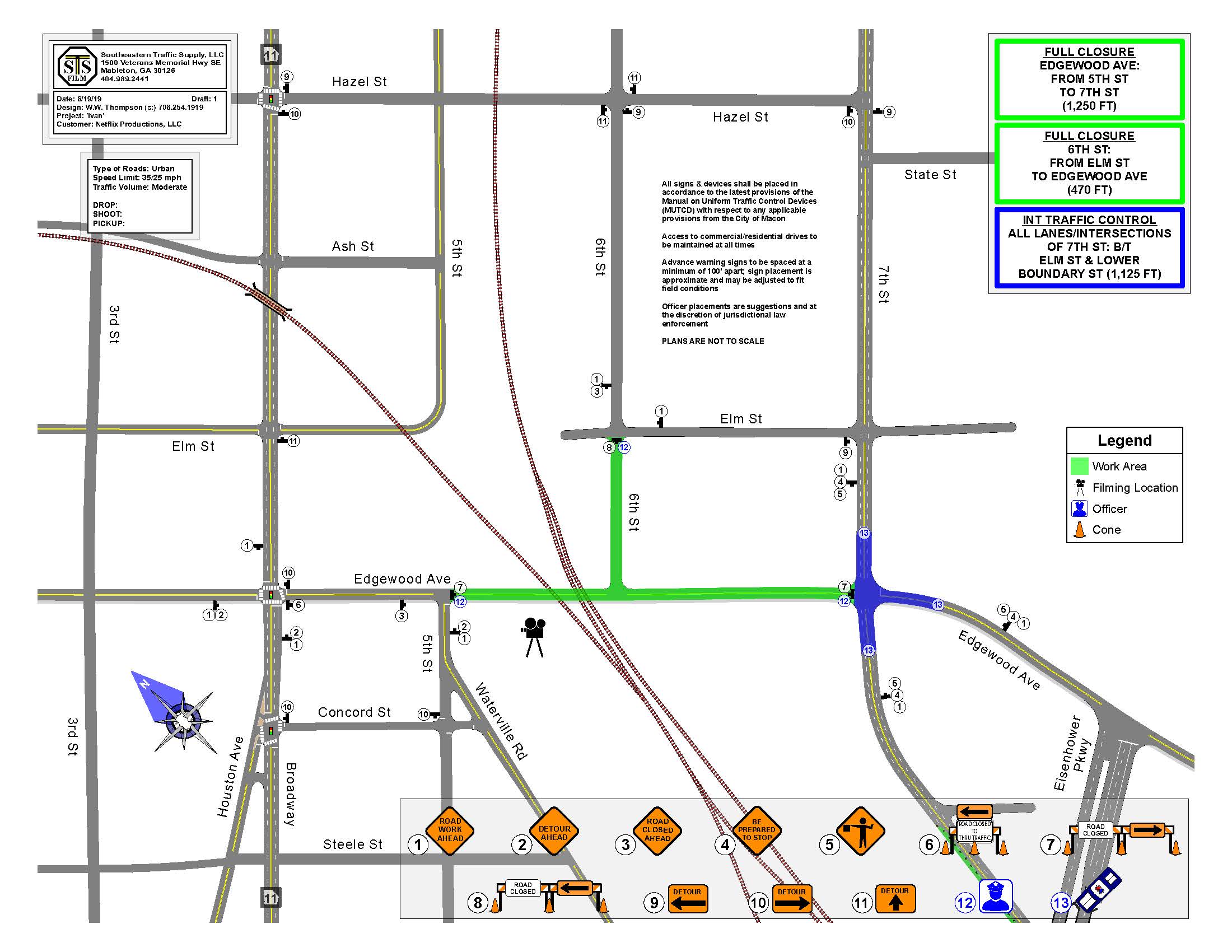 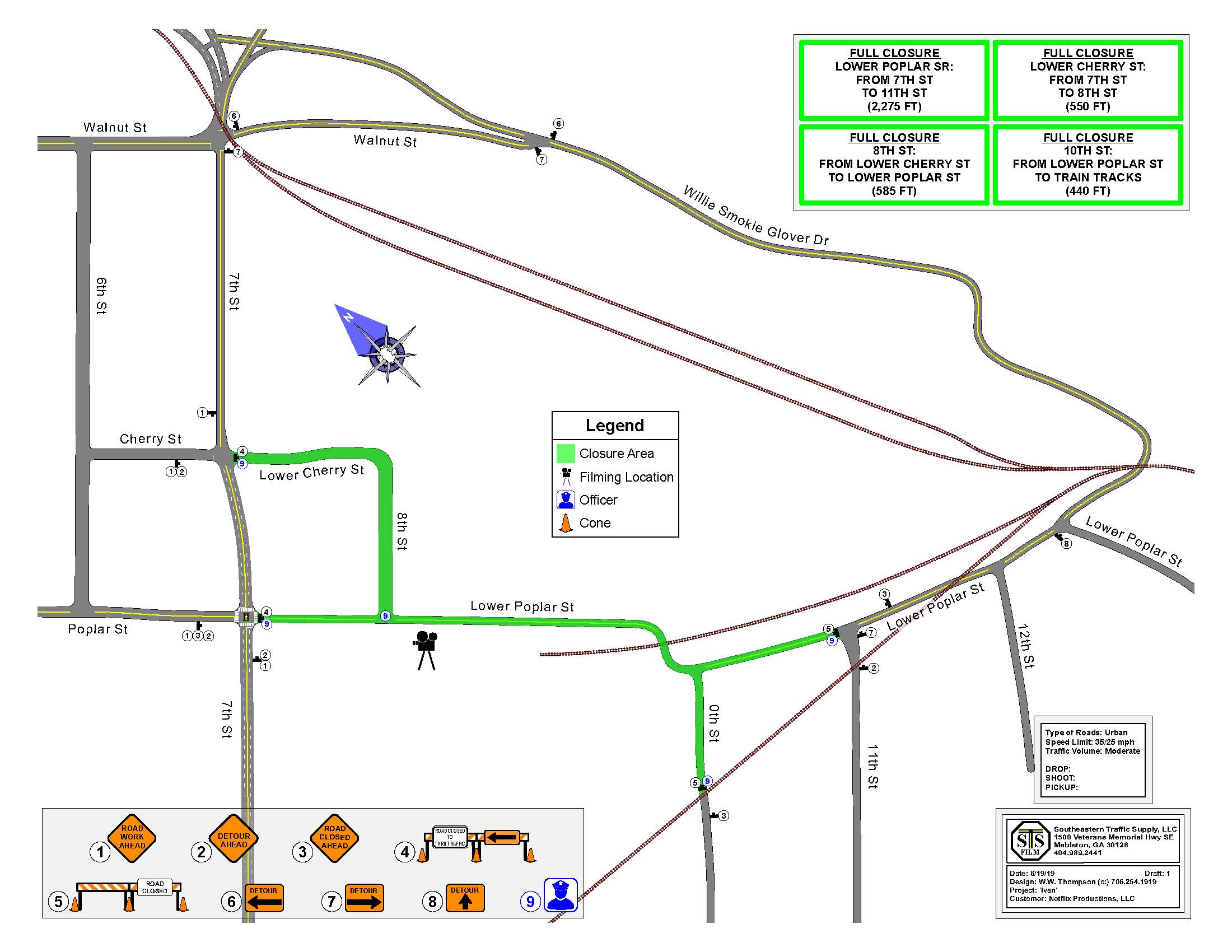 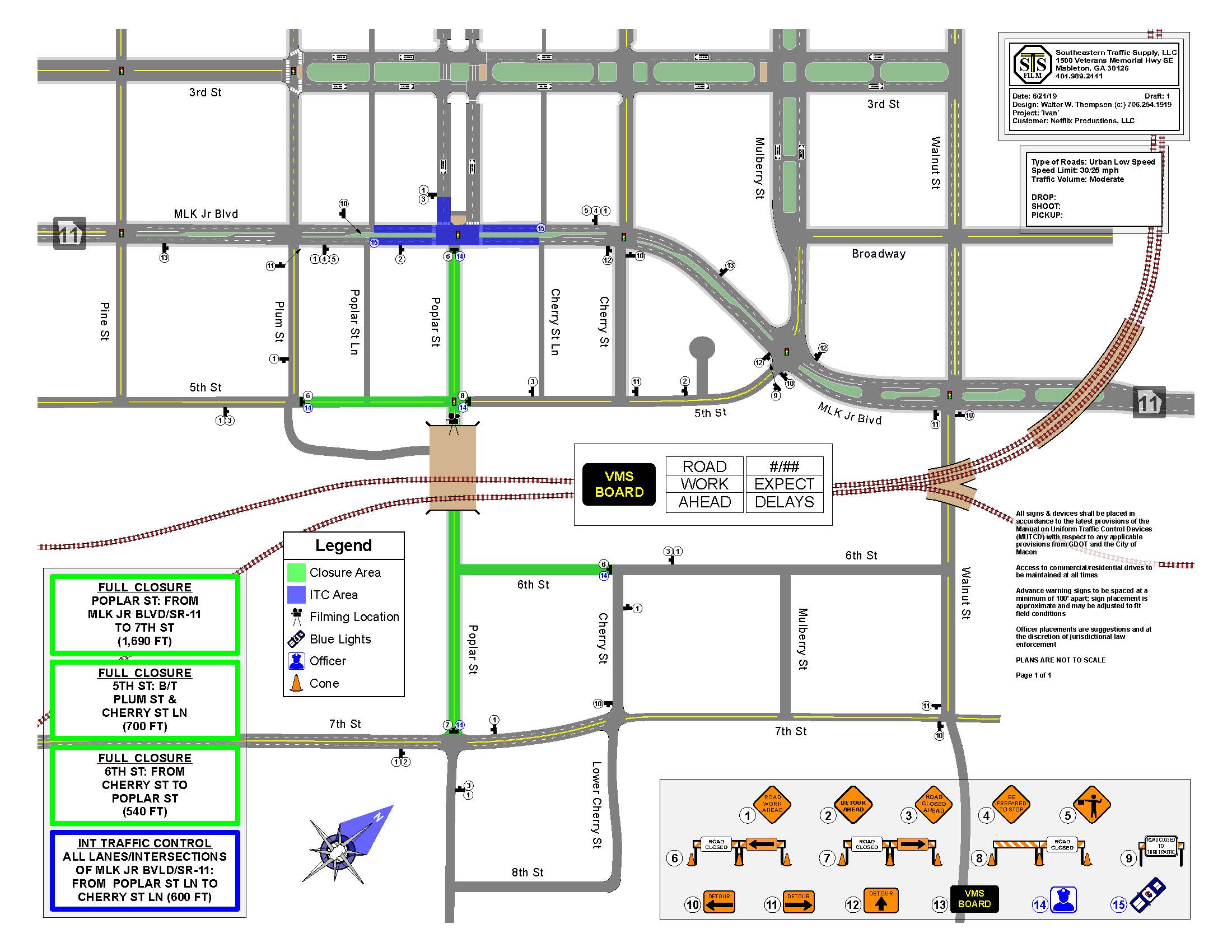 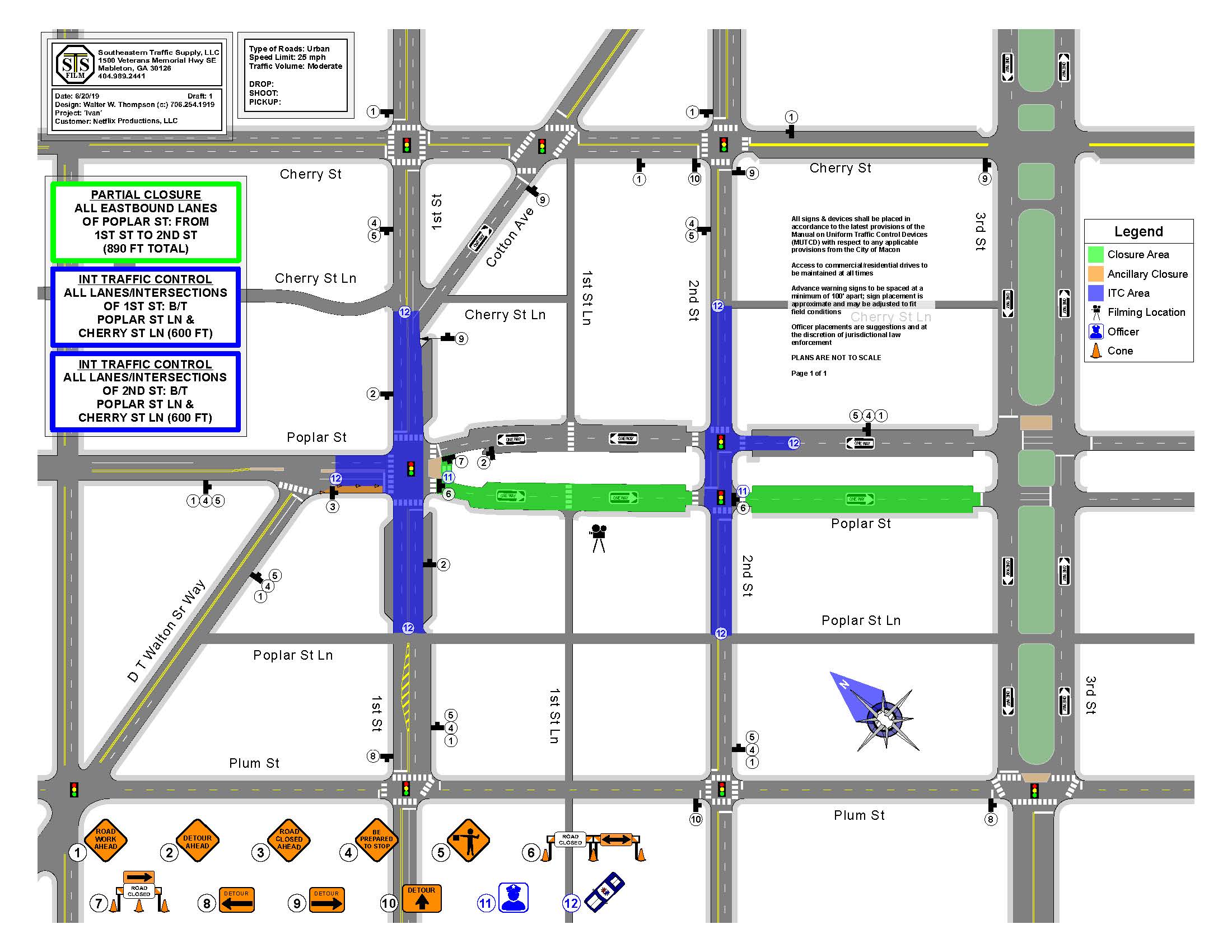 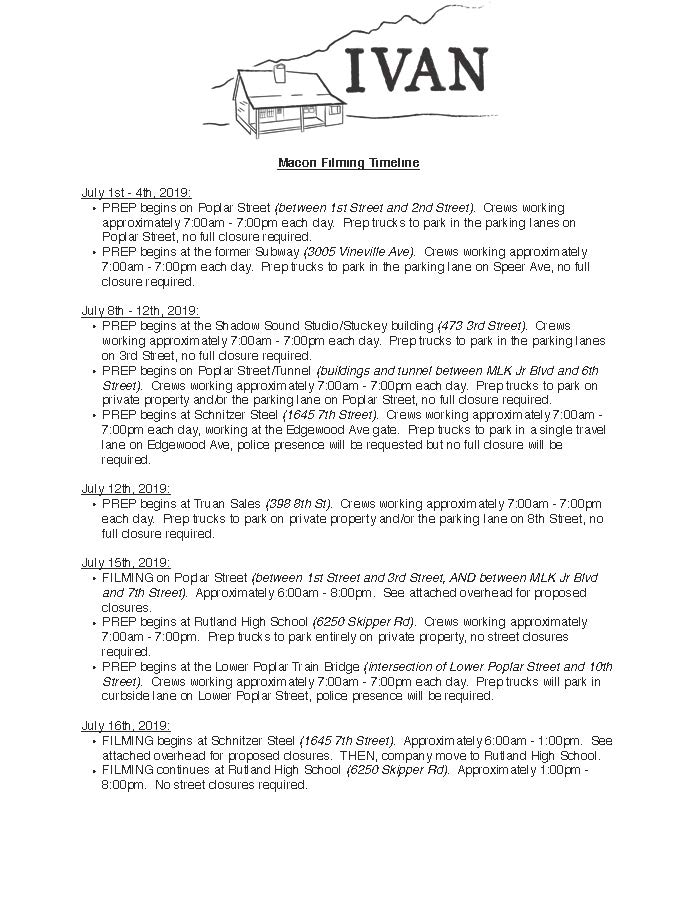 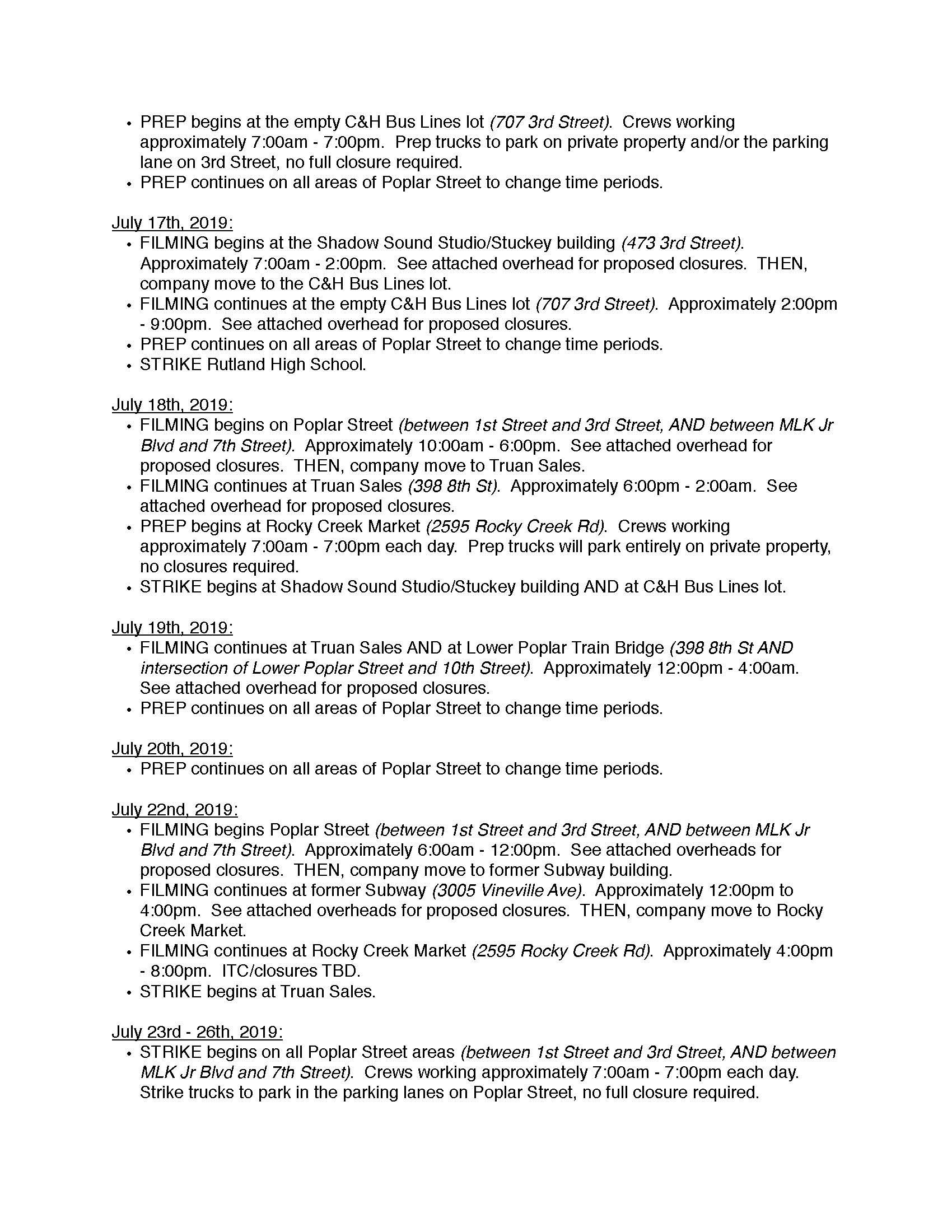 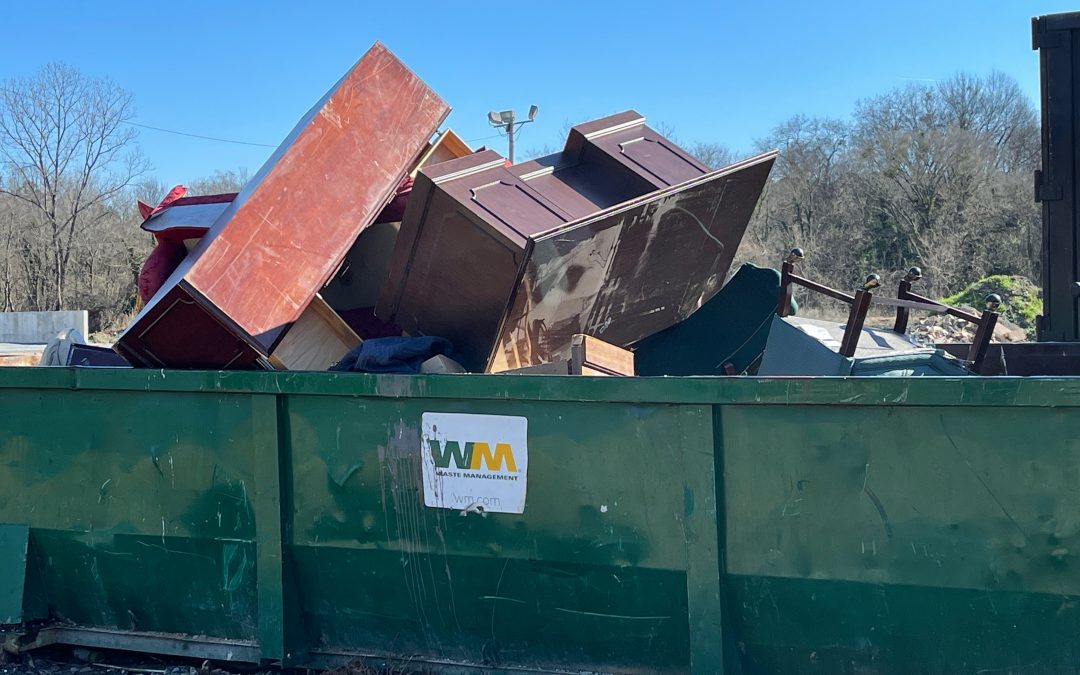 Effective immediately, the hours at the Convenience Center in Downtown Macon (1010 11th Street) will expand to provide people more access to unload their trash and other material. The new hours of the temporary center will be seven days a week from 8:00 a.m. - 4:00... 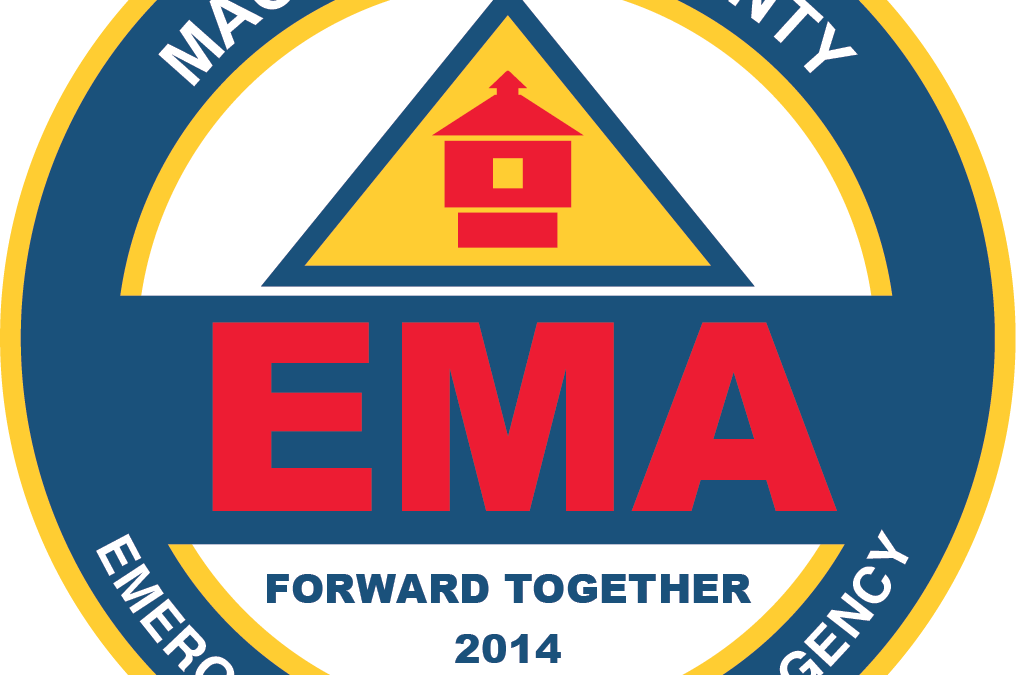 Storm Scoop: The Battle of Snow and Ice

As we deal with lower temperatures this winter season, we want to remind you to be prepared if snow and ice ever appears in our community. Make sure you have your disaster kit ready with extra water, flashlights, batteries, non-perishable foods, and other... 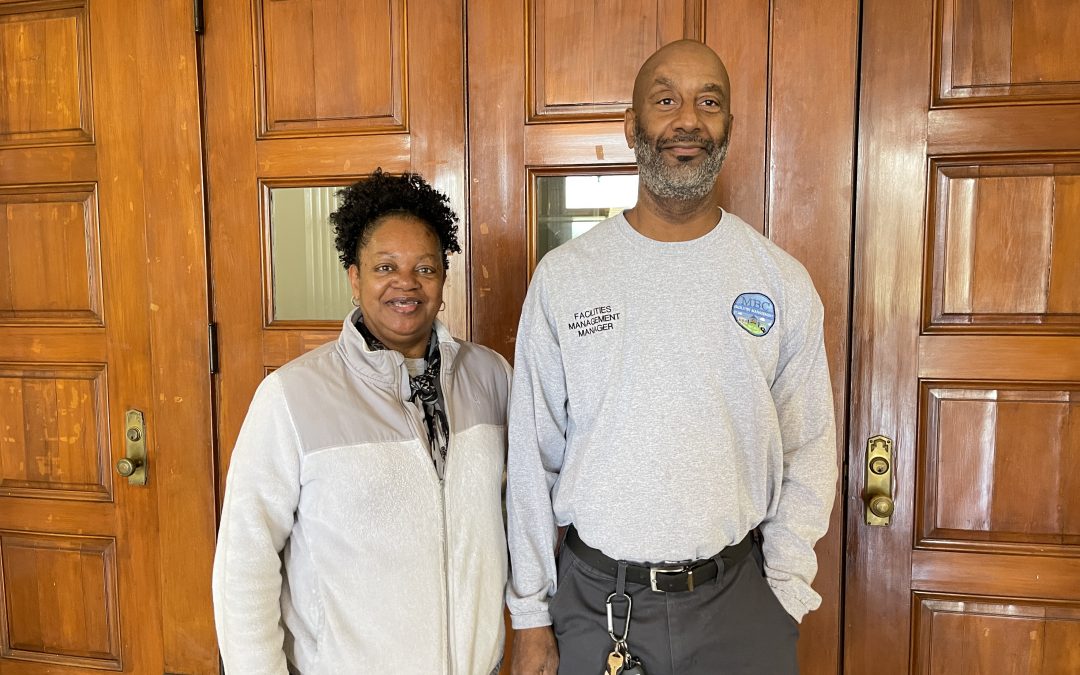 This week, we are shining our Staff Spotlight on two people who work hard to make City Hall and other County buildings look their best. Carl Crump is our Facilities Maintenance Manager, overseeing a dozen maintenance workers in the County. Crump, who was born and... 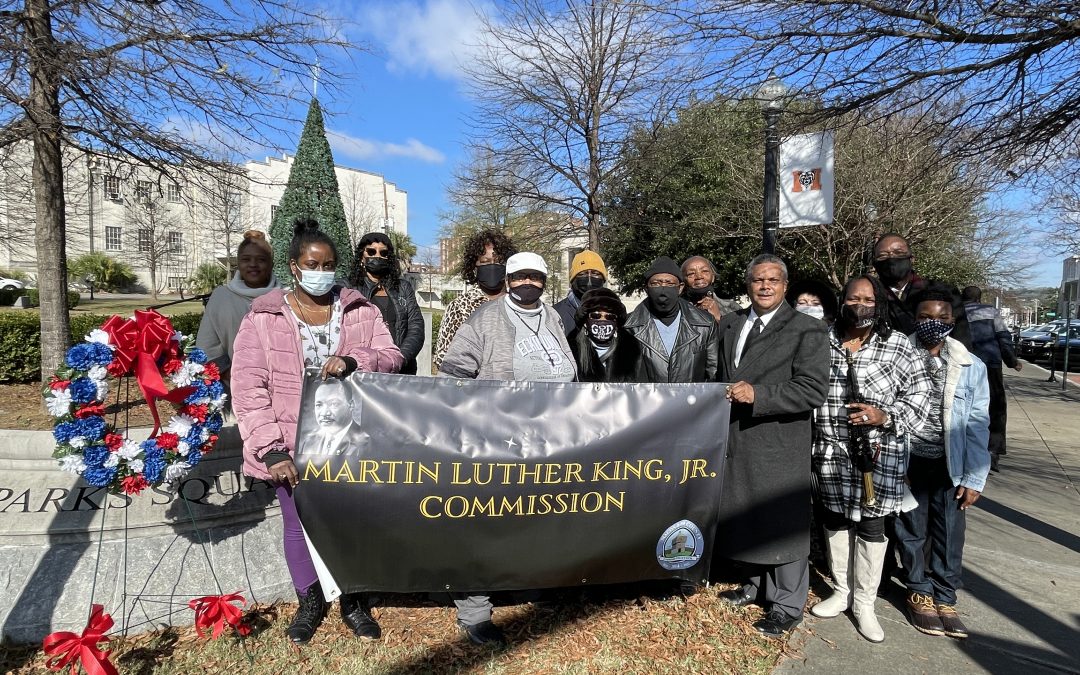 The Dr. Martin Luther King Jr. Commission has officially begun the year-long celebration in honor and remembrance of Dr. King. On Monday, January 3, the Commission kicked off the celebration with a wreath laying ceremony. You can watch the full ceremony here. “We need... 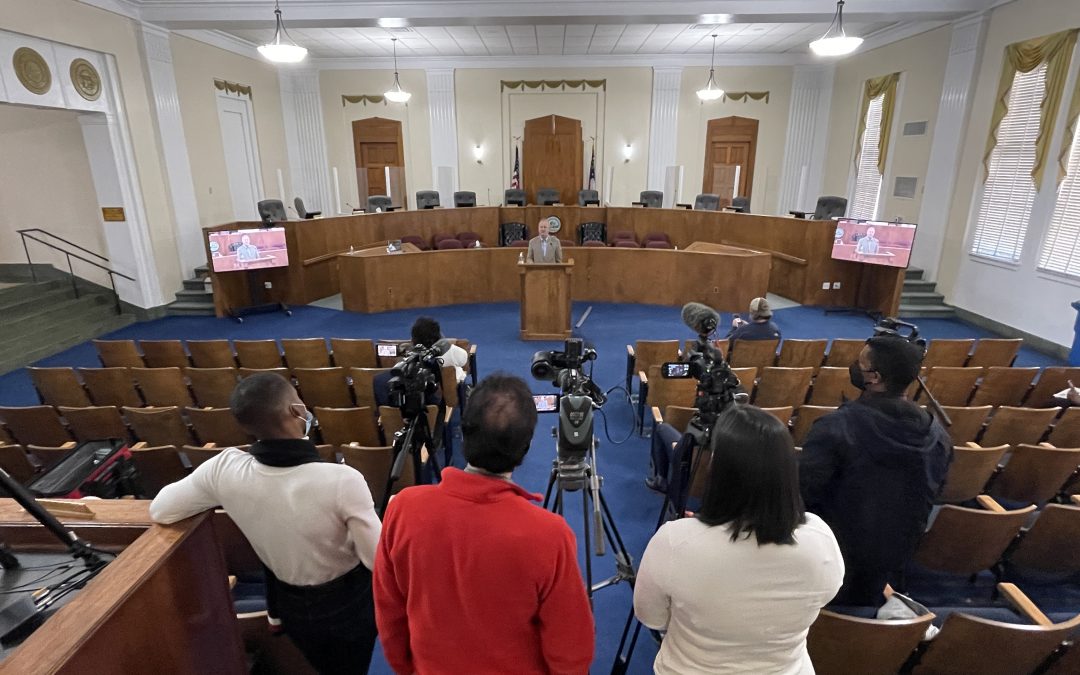 Beginning Monday, January 10, Macon-Bibb County and Heritage Pharma Group will offer free COVID-19 testing at two drive-through sites. Tests include both the PCR (nasal swab) and rapid (mouth swab) tests. Mayor Lester Miller made the announcement on Friday along with... 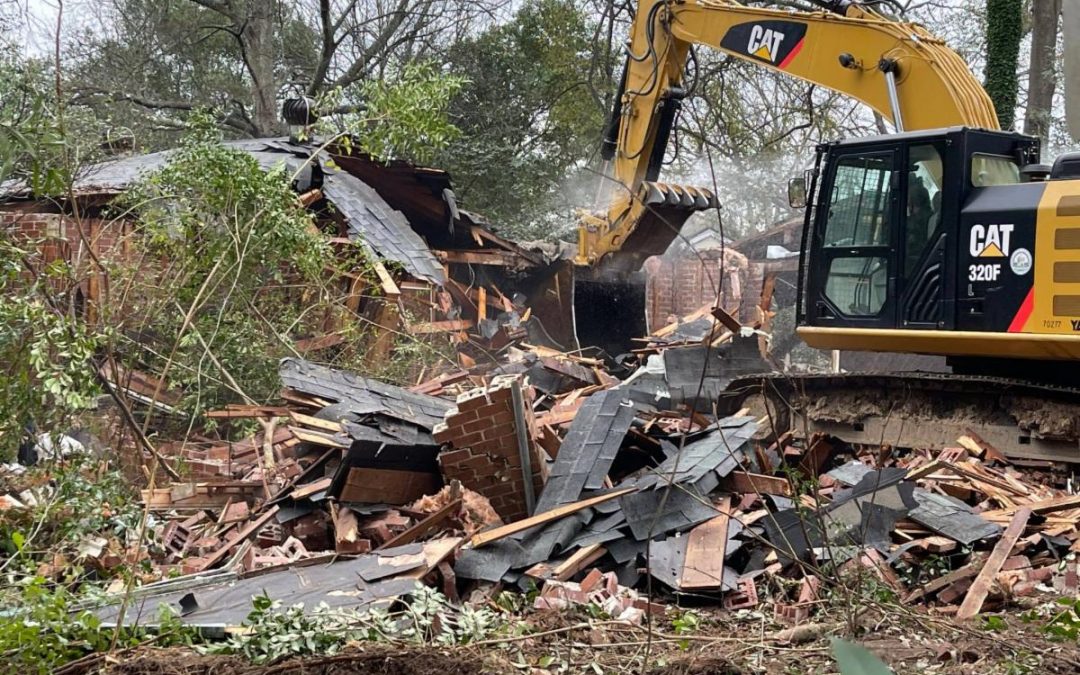 100 houses down in #BlightFight, plenty more to go

As we start the new year, our Code Enforcement crews and other departments are working hard to take down more blighted and dangerous houses in our community. The goal is not only to keep Macon-Bibb looking great, but to make it a safer place to live. On Wednesday,... 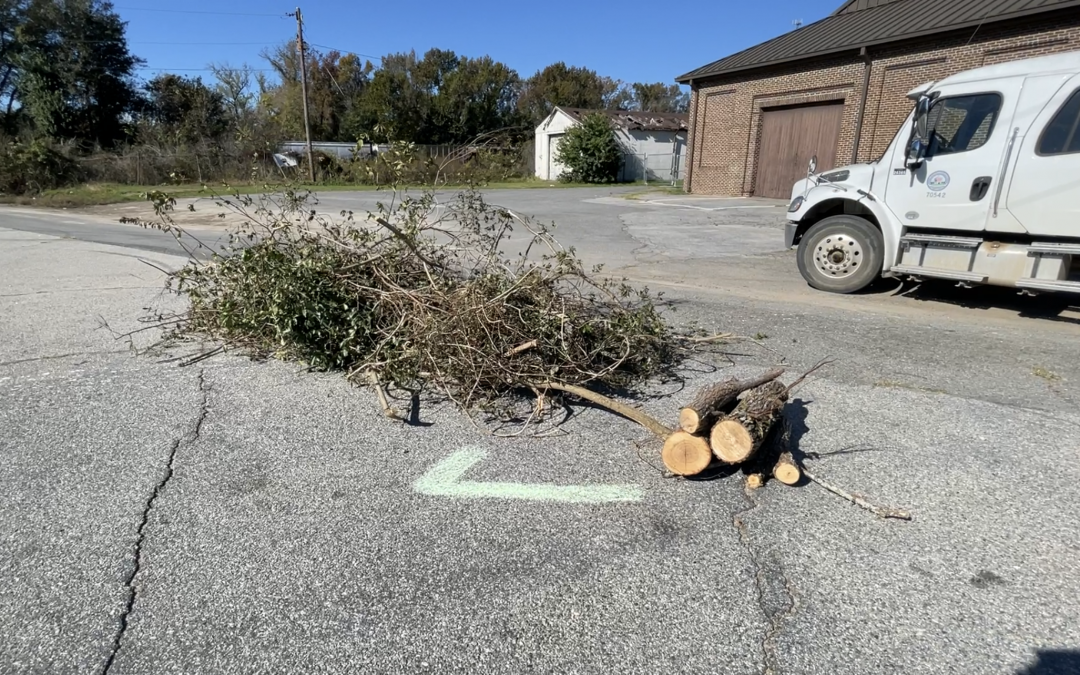 Ryland Environmental is continuing its transition to the new solid waste collection company for all Macon-Bibb County, and this past week, they were finishing up delivery of the new trash (red) and recycling (blue) carts while emptying all other carts on the curb to...

Ryland Environmental has officially taken over all solid waste services in Macon-Bibb County. Trucks rolled out on Monday, January 3 to pick up trash, recycling, yard debris, and bulk waste in every part of the County. Most of the new trash and recycling carts... 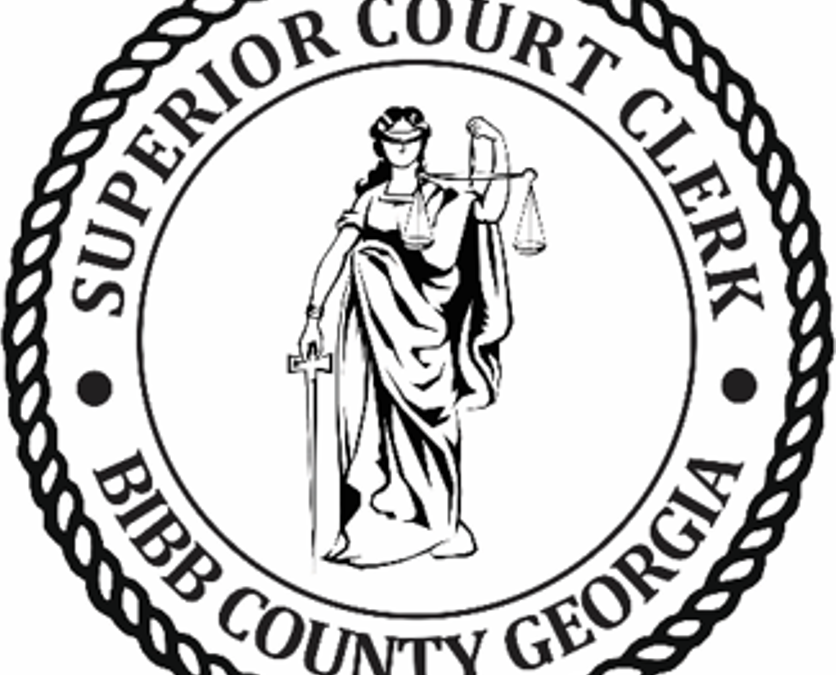 In an effort to protect the safety of the staff of this office and the citizens who utilize our services our office is now closed to the public due to COVID. We have had a number of employees test positive for COVID and we feel that the best way to help prevent... On Christmas Eve, dozens of volunteers and donors made it a mission to bring Christmas to residents at the Brookdale Resource Center and they accomplished it. About 100 volunteers came together to wrap presents, decorate the Center, and feed guests and their families....