The Brookdale Resource Center Communications Plan and Trash Talk have placed in the Blue Pencil & Gold Screen Awards from the National Association of Government Communicators (NAGC). Our own very own Chief Communications Officer Chris Floore and Public Relations Specialist Olivia Walter attended the NAGC Conference in Louisville, Kentucky this week and were able to accept the awards. The Brookdale Resource Center Communications Plan took home second place and Trash Talk was given the Award of Excellence. This awards program recognizes superior government communication products and those who produce them.

Trash Talk was a video series put together as part of the solid waste collection services transition to help let people know about the changes and the best ways to use the service. The videos in the series were short, informative, and engaging, and earned widespread recognition and support online and in the community.

“The quality and amount of communication Macon-Bibb put in place for this major transition was stunning, and Trash Talk had us recognized around the community,” says Ryland Environmental Managing Partner James Lanier. “This series was able to show people the best way to place items on the curb, and we have seen the results of that during our weekly collections.”

The Brookdale Plan was recognized in the Public Affairs Outreach Campaign category and included efforts to let people know of the services provided, how they could help (whether by volunteering or donation of funds and/or supplies), and, most importantly, stories of people using the services. The plan included media relations, e-newsletters, video features of partners, social media, infographics, branding, partner relations, and more.

“We, as a community, must help the people who need us the most, and that’s what we did with the Brookdale Resource Center. We needed a strong communications effort to make sure people know how to get those services and how our community could help,” says Mayor Lester Miller. “I’m proud of the work staff at the Center have done and will do to help people, and I’m proud of our Communications Office for the role they played this past year.”

“Chris and his team found a caring and proactive way to tell the story of what we were doing and how people could, and that made a huge difference in the success of this effort,” says Emergency Management Agency Director Spencer Hawkins, who led the overall effort for the first year.

The Brookdale Resource Center Communications Plan was recognized nationally in March 2022 by PR News in its Nonprofit Awards program by being named the the winner in the Crisis Campaign category and earned an Honorable Mention in the Advocacy Campaign & Lobbying Efforts. PR Daily also recognized it in December 2021 with Honorable Mentions in two categories of the PR Daily Awards for its Brookdale Resource Communication Plan: Cause-Related Marketing Plan and Crisis Communication Plan.

About the National Association of Government Communicators

The NAGC began among federal communicators in Washington, D.C., shortly after World War II, and it was officially founded in 1976, with David Brown as the first NAGC president. The first national communications school was held the following September and during the next year in 1977 under the leadership of Joseph J. Carvajal.

About the Office of Communications

These recognitions follow several others earned by the Office of Communications in the past several years, including: 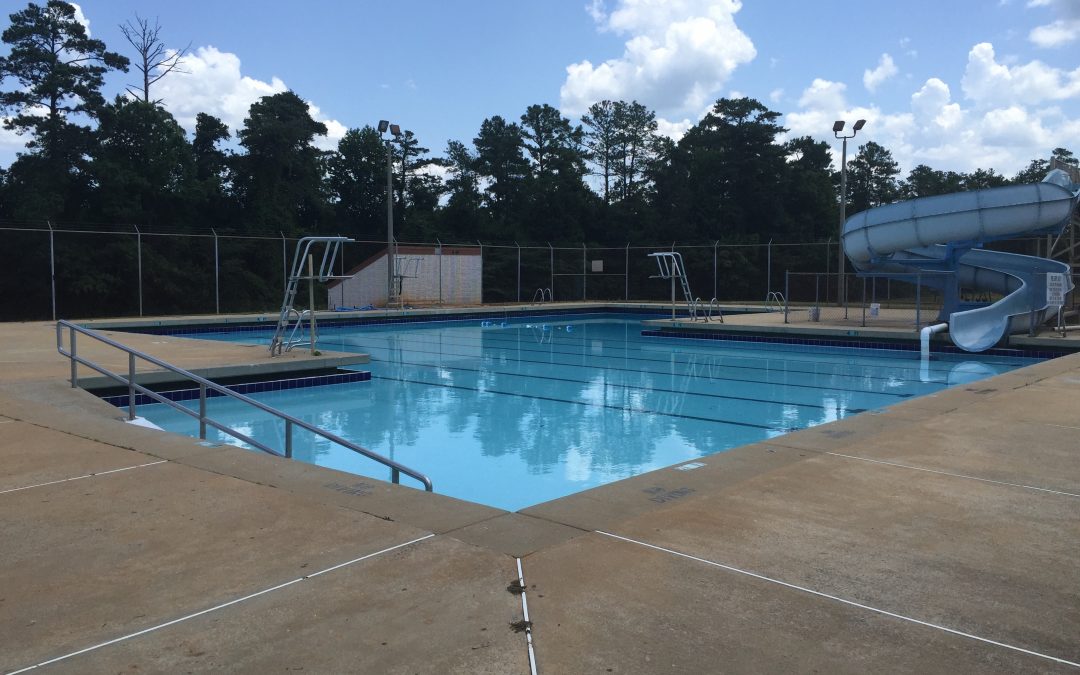 These past summer days have been HOT! If you need to cool down, you now have a couple more options in our community. Starting Saturday, June 18, the pool at the Frank Johnson Recreation Center will be open in addition to the other pools at Delores A. Brooks, Booker T.... 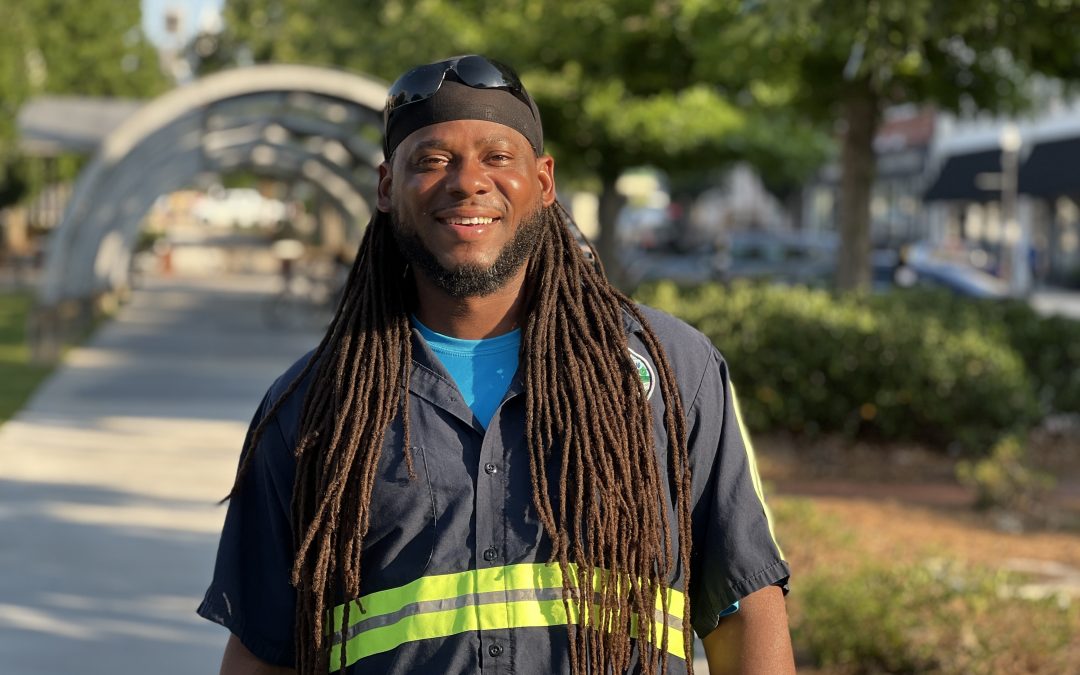 Tim Adside takes pride in being a go-to guy. From safety repairs to landscaping to keeping our streets clean, he’s ready for anything, and that’s why he’s our Staff Spotlight this week.    Tim’s professional life started with a stint at the old Crown Plaza hotel while...

On Friday, June 17, nine Code Enforcement officers were deputized by Sheriff David Davis during a swearing in ceremony at the Bibb County Sheriff’s Office Law Enforcement Center.  The officers have already gone through law enforcement training and have been Peace...

On Tuesday, June 14 Macon-Bibb County City Hall, the Community Foundation of Central Georgia joined Mayor Lester Miller and community leaders to announce the first round of Macon Violence Prevention (MVP) grant recipients. More than $800,000 in funding is being...

Time for your tots to tee up! Historic Bowden Golf Course, along with the PGA Junior League, is offering a FREE golf camp for kids. There will be an orientation at 5:00 p.m. on Monday, June 27, at Bowden (3111 Millerfield Road). The program is open to all children in...

Our crews have been extra busy this week removing dangerous and dilapidated buildings in our community.  The week started with Southern Equipment removing two blighted houses at 1164 Spartan Street and 554 Central Avenue on Monday. The following day, Waste Bucket took... 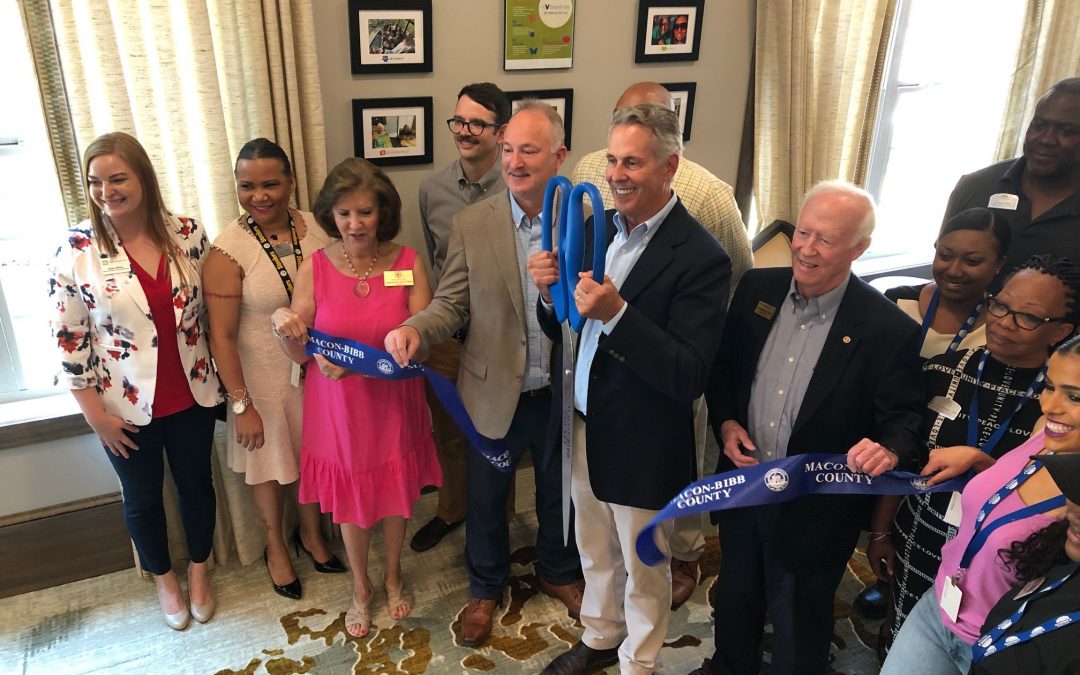 On Thursday, June 16, local officials including Mayor Lester Miller, Commissioners, and the Historic Macon Foundation held a ceremonial ribbon cutting to officially open the Alexander IV Senior Living Center.  “This has been a beloved school and facility for a long...

Lake Tobesofkee will host its 26th Annual Sparks Over the Park Independence Day Celebration on Monday July 4, 2022. Gates at all Lake Tobesofkee parks (Claystone, Sandybeach, and Arrowhead) will open at 9:00 a.m. and will close at 8:00 p.m.   During the day, there... 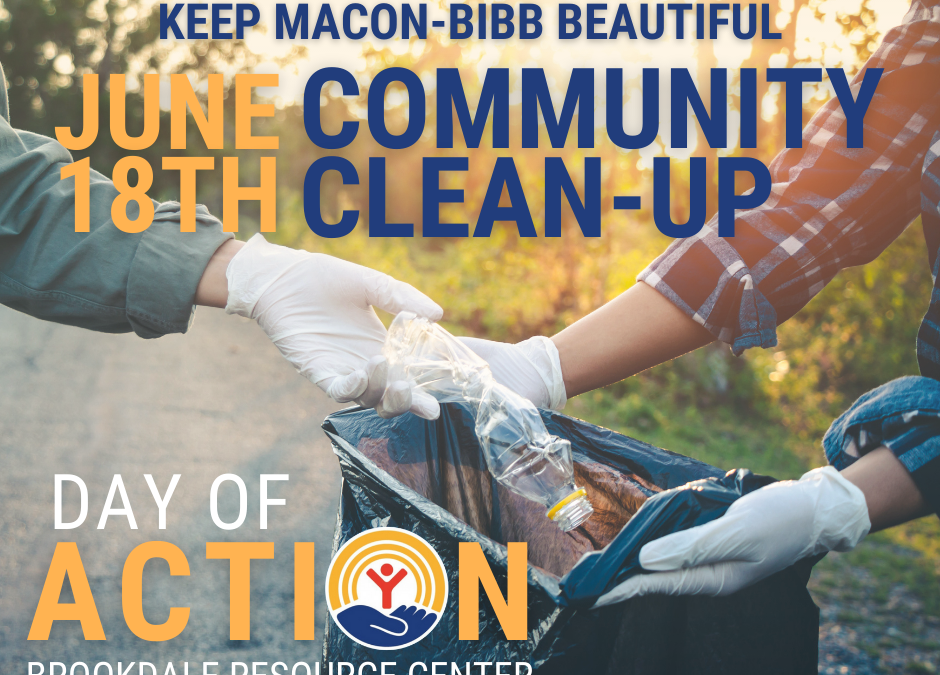 If you’re looking for a way to give back to your community on the Day of Action, you can take part in two community cleanups.   The first is part of United Way of Central Georgia’s Day of Action on Saturday, June 18. Keep Macon-Bibb Beautiful (KMBB) members and other...

The Macon Bacon and Irving Tissue are working together to make our community greener! On Friday, June 10, they planted 20 trees, with help from our Parks and Beautification Department, at West Macon Park (5018 West Macon Park Drive).   It’s all part of an...