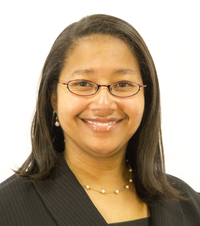 The neighborhood stabilization goal is to foster livability and civic attachment by eliminating blighting influences and strengthening neighborhoods. The Department has a variety of tools to remediate blighting influences in neighborhoods. Using Community Development Block Grant (CDBG) funds, the Department also invests in community organizations that deliver services that advance the Department’s goals of reducing crime and visual blight and fostering civic and economic investment in the community. Keeping neighborhoods safe and clean can be a challenge considering that the majority of real property in the Macon-Bibb County is owned by private entities. Our team of neighborhood stabilization members will continue to play a part in enhancing efforts to deal with blight and neighborhood nuisances. Once private property has been abandoned, it becomes a costly burden for the immediate surroundings and for the City of Macon. Abandoned properties attract vagrants and often become risks for fire and major crime, often resulting in the devaluation of adjacent properties. The Department has undertaken the following tools/initiatives to address the growing number of abandoned properties: